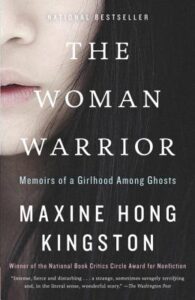 I first read the Asian-American classic The Woman Warrior

by Maxine Hong Kingston in my early twenties. Although the subtitle of the book is “a memoir of a girlhood among ghosts,” there is quite a bit of fiction and myth included in this book.

Until a few weeks ago, I believed this was the first book by a second-generation author that I had ever read. In my years of high school and college in the late 1970s and 1980s, my reading consisted largely of white American and European authors, with an African-American author thrown in once in a while.

On the surface, Kingston’s life is very different from my own: her parents are from China, mine are from India; she spoke Chinese at home while we spoke mostly English at home; her parents ran a laundry and struggled financially; my father was a doctor and we were well off. Still, I empathized strongly with Kingston’s experiences growing up with immigrant parents from Asia.

I related to Kingston’s question in the first section of the book: “Chinese-Americans, when you try to understand what things in you are Chinese, how do you separate what is peculiar to childhood, to poverty, insanities, one family, your mother who marked your growing with stories, from what is Chinese? What is Chinese tradition and what is the movies?” (pp. 5-6). If I replaced the words “Chinese Americans” with “Indian Americans,” I had those same questions.

I especially related to the section “At the Western Palace,” in which the aunt and mother from China have such different impressions of America and American behavior than do the American-born children. When the aunt gives gifts which the children accept and enjoy, the mother thinks, “How greedy to play with presents in front of the giver. How impolite (‘untraditional’) in Chinese) her children were” (p. 121). I also liked the inclusion of the Fa Mu Lan myth, because my childhood was full of Hindu myths and religious stories.

As I mentioned above, until recently, I was under the impression that The Woman Warrior

was the first book I’d read by a second-generation American. However, a few weeks ago I re-read Farewell to Manzanar

by Jeanne Wakatsuki Houston, and realized that not only is Houston a second-generation American (on her father’s side), but also that the book contains many cultural similarities to my own life. For example, Houston explains that when she went back to public school after her release from the internment camp, her classmates were amazed that she could speak English. “From that day on, part of me yearned to be invisible. In a way, nothing would have been nicer than for no one to see me. Although I couldn’t have defined it at the time, I felt that if attention were drawn to me, people . . . wouldn’t see me, they would see the slant-eyed, the Asian” (p. 142). As a child, I also longed for people to see the real “me” and not my brown skin and black hair that made me so different and “foreign” looking. I too longed to be invisible in a way.

However, when I read Farewell to Manzanar

for the first time as a child, I didn’t pick up on any of this. My life at that time seemed very different from Houston’s life as a Japanese-American forced to live in a relocation camp. As a child, I saw myself as an awkward Indian girl — and not as an Indian-American. I thought my difficulty fitting in to my family and to mainstream American culture was my own personal problem. I didn’t see it as something shared by many others of the second generation. Of course at that time I wasn’t even conscious of a category such as “second generation.”

This makes me realize that children and teens may not make the cultural connections that to adults might seem obvious. Would I have noticed this if an adult had pointed it out to me? Yet at that time I told no one about my wish to be “normal,” my wish for my ethnicity to be invisible. Is it important for adults to help kids make these kinds of connections, or is it just futile? Maybe if the child is not ready to see the connection, it won’t stick. I don’t know. In any case, I finally did make the connection to other second-generation Americans when I read The Woman Warrior. 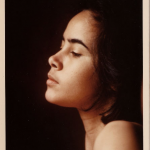 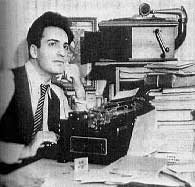 This web site explores fiction and memoir written by second-generation authors in the United States. If you would like to suggest additional authors or titles for this web site, please contact me at: jyotsna1sree [at] gmail [dot] com