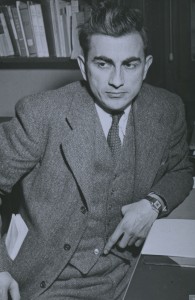 Ernesto Galarza was a Mexican-American writer and social activist who advocated on behalf of agricultural workers.

Mexicans make up the largest part of immigrants from Latin America and the Caribbean. Starting in the early 1900s, Mexicans began entering the U.S. as agricultural laborers. During World War II and the Korean War, Mexican laborers were sought by the U.S. to ease the labor shortage.

Of the rest of the immigrants from this region, a large percentage have come from the Caribbean islands.

As of the 2010 Census, about 16% of Americans identify as Hispanic (Census Bureau Data).

Garcia, Cristina (born 1958) — Garcia was born in Havana, Cuba and immigrated at the age of two to New York City, where she grew up.

Gay, Roxane — Gay was born and raised in Nebraska. Her parents are immigrants from Haiti.

Hernandez, Daisy — Hernandez was raised in New Jersey. Her parents are from Colombia and Cuba.

Marshall, Paule (1929 – 2019) — Marshall was born and raised in Brooklyn, New York. Her parents were immigrants from Barbados.

Santiago, Esmeralda (born 1948) — Santiago was born in Puerto Rico, came to the United States at the age of 13, and grew up in New York City.

Thomas, Piri (1928-2011) — Thomas was born and raised in the Spanish Harlem section of New York City. His mother was from Puerto Rico and his father was from Cuba.

Cisneros, Sandra (born 1954) — Cisneros was born and raised in Chicago.

Galarza, Ernesto (1905-1984) — Galarza was born in Mexico and immigrated as a child to California.

Rodriguez, Luis (born 1954) — Rodriguez was born in El Paso, Texas and grew up in Los Angeles.

Rodriguez, Richard (born 1944) — Rodriguez was born and raised in California.

Arana, Marie (born 1949) — Arana was born in Peru and immigrated with her family at the age of 9.

Good, David (born 1986) — Good was born in Pennsylvania to an American anthropologist and a Yanomami tribeswoman.