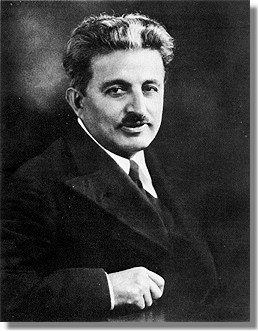 The first Middle Eastern immigrants were Christian traders from the Turkish empire, who began arriving in the U.S. in the late 1800s. They were called “Syrians” even though many were not from Syria. If you have enjoyed the Betsy-Tacy childhood classics, which take place in the early 1900s in a small town in Minnesota, you may remember that in Betsy and Tacy Go Over the Big Hill

A 2007 Pew Research Center study estimates that 1.4 million Muslim Americans live in the United States. However, not all Muslim-Americans are from the Middle East, and not all people of Middle Eastern origin are Muslim ((Muslim-Americans: Middle Class and Mostly Mainstream).

Arlen, Michael J. — he is the son of prominent Armenian-American writer Michael Arlen.

Saroyan, William (1908-1981) – Saroyan was born in Fresno, California to Armenian immigrants. He was a playwright, short story writer, and novelist.

Djanikian, Gregory – Djanikian’s parents were Armenians who settled in Egypt. Djanikian was born in Alexandria, Egypt and immigrated to the United States when he was 8. He grew up in Williamsport, PA.

Erian, Alicia (born 1967) – Erian’s father is an immigrant from Egypt.

Lagnado, Lucette — Lagnado was born in Egypt to a Jewish family. She grew up in New York City.

Asayesh, Gelareh — Asayesh was born in Iran and immigrated to the United States as a child.

Bahrampour, Tara (born 1968) — Bahrampour lived in Iran for her first eleven years with her Iranian father and American mother. The family fled to the U.S. during the Iranian revolution.

Dumas, Firoozeh — Born in Iran, Dumas arrived in the U.S. at age seven.

Moaveni, Azadeh (born 1976) — Moaveni was born in Iran and raised in California.

Abu-Jaber, Diana — Abu-Jaber’s father is an immigrant from Jordan, while her mother has Irish-Catholic roots.

Blatty, William Peter (born 1928) – although he is best known for writing The Exorcist and other works of horror, Blatty also wrote a memoir and novel that deal with Lebanese-American culture.

Gibran, Kahlil (1883-1931) Gibran was born in Lebanon and arrived in the United States at the age of 12. His book The Prophet is one of the most popular books in the English language.

Rihani, Ameen (1876-1940) Rihani was born in Lebanon and came to the United States at the age of 12. He wrote the first novel in English by an author of Arab origin.

Rehm, Diane (born 1936) – Rehm’s parents were from Turkey. She was born and raised in Washington, DC.