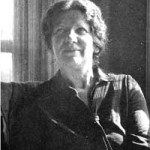 Yezierska is best known for her novels and short stories, which draw heavily from her life. The book she termed “autobiography,” Red Ribbon on a White Horse

, was in fact fictionalized.

Like Sara Smolinsky, the protagonist of her best-known novel, Bread Givers

, Yezierska was a Jew from Poland. She and her siblings had to work from a young age because her father, a Hebrew scholar, believed that the women and children of the family were obliged to support him in his study.

Yezierska learned to write by attending night school as an adult, after working all day in a laundry. She then went to Columbia Teachers College. Her first story collection Hungry Hearts

(1920) was made into a silent movie, as was her first novel, Salome of the Tenements

Yezierska’s writing style is passionate and headlong. When I read her work, I feel like I am swept along in the flood of her thoughts and emotions. There is perhaps a lack of subtlety in the scene setting and characterization at times, but this is made up for by the power of her simple, strong prose and fast moving action.

Here is an example from Bread Givers

: “And then it flashed to me. The story from the Sunday paper. A girl–slaving away in the shop. Her hair was already turning gray, and nothing had ever happened to her. Then suddenly she began to study in the night school, then college. And worked and studied, on and on, until she became a teacher in the schools. A school teacher–I! I saw myself sitting back like a lady at my desk, the children, their eyes on me, watching and waiting for me to call out the different ones to the board, to spell a word, or to answer me a question. It was like looking up to the top of the highest skyscraper while down in the gutter” (p. 155).

(first published 1920) — A collection of short stories about Jewish immigrants living in the Lower East Side of New York City. Whereas all of Yezierska’s novels are told in the first person, some of her short stories feature a third person narrator.

Salome of the Tenements

(first published 1923) — An exuberant, funny, poignant novel that deals with class issues. A poor young woman in the Jewish ghetto of New York City falls in love with a millionaire philanthropist. Once she marries him, both of them are in for a real education.

(first published 1923) — A second collection of short stories about Jews in the Lower East Side. This collection is no longer in print, but you can find the stories in her Collected Stories, pictured above.

(first published 1925) — Sara Smolinsky and her three older sisters grow up working to support their father, a rabbi who studies all day. After she witnesses her three sisters trapped into loveless marriages arranged by their father, Sara manages to escape her father’s influence, and educate herself. I’ve read this book twice, and I love it.

(first published 1927) — Adele Lindner thinks she has found heaven when she is accepted to live in the Hellman Home for Working Girls, backed by philanthropist Mrs. Hellman. However, Adele discovers the hypocrisy behind rich people with philanthropic interests.

All I Could Never Be (first published 1932) — This is similar to Salome of the Tenements in that it is about a poor ghetto young woman who is mesmerized by a wealthy philanthropist. However, whereas Salome of the Tenements has a compelling plot, this novel falls flat. I didn’t get very far into it before I decided to abandon it. This book is no longer in print.

Red Ribbon on a White Horse: My Story

(first published 1950) — Although this collection of essays is billed “autobiography,” it in fact fictionalizes many incidences of Yezierska’s life. She writes about her experiences in Hollywood in the early 1920s, as well as her financial difficulties during the Great Depression. I found this collection compelling and fascinating.

— This collection of writings, published after Yezierska’s death, includes some never-before-published stories she wrote in her old age.