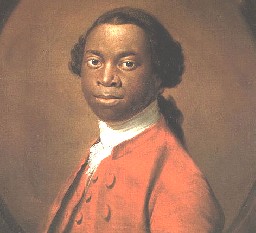 The first African immigrants to the U.S. were of course enslaved people brought here against their will. Despite the fact that enslaved people were kept illiterate for the most part, we do have a few written records from individuals brought to the U.S. as children.

Asgedom, Selamawi (born 1976) — When he arrived in the U.S. at age 7, Asgedom and his parents were refugees fleeing the war in Ethiopia.

Chude-Sokei, Louis (born 1967) — Chude-Sokei was born in Biafra, a short-lived African nation which is now part of Nigeria. As a young child, he fled with his mother to Jamaica (her home country), and then to the United States at the age of 10.

Equiano, Olaudah (1745-1797) — In his autobiography, Equiano says he was born in what is now Nigeria, captured at age 11 by slave traders, and sold to a slave-owner in Virginia.

Gyasi, Yaa — Gyasi was born in Ghana and raised in Alabama.

Hadero, Meron — Hadero was born in Ethiopia. She and her family were refugees, traveling first to Germany and then to the United States.

Mengestu, Dinaw (born 1978) — Mengestu was born in Ethiopia and immigrated to the United States with his parents at the age of two.

Okorafor, Nnedi (born 1974) — Okorafor was born in Cincinnati, Ohio and raised in the Chicago area. Her parents are immigrants from Nigeria. She writes science fiction and fantasy which incorporate elements of African culture.

Okparanta, Chinelo (born 1981) — Okparanta was born in Nigeria and came to the United States at the age of 10.

Omar, Ilhan — Omar was born in Somalia and moved to the United States at age 12. She grew up in Minneapolis.

Wheatley, Phillis (1754-1784) — Wheatley was probably born in Senegal or Gambia. She arrived in the U.S. on a slave ship at about the age of seven. When she was 17 she published her only book of poetry.

One Response to Africa